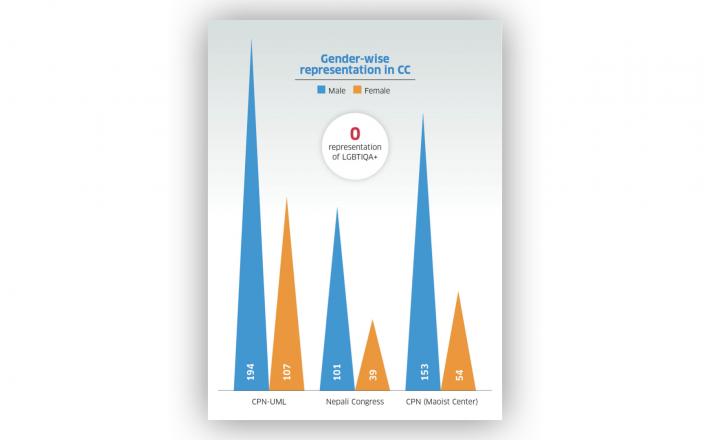 In line with the inclusive principles enshrined in the Constitution of Nepal 2015, the three major political parties—in their recently held general conventions—included cluster-wise inclusion in their central committees (CCs). Yet while the inclusive principles were applied in selection of lower-level leaders, top positions continued to be in the hands of the traditional elite groups.

In its eighth general convention, CPN (Maoist Center) Chairman Pushpa Kamal Dahal ‘Prachanda’ admitted that inclusion compulsions had prolonged the party’s central committee selection. “Our inclusion system has drawbacks, and it has mostly to do with our policies,” he said before announcing the new central committee. Dahal claimed the party didn’t find a single Muslim woman to be inducted in the CC. The party, however, has tried to include more youths as each gender-ethnicity group has a youth component.

Click here to read the full article published by The Annapurna Express on 14 January 2022.