For the new UN Secretary-General Guterres, gender parity is a must

For the new UN Secretary-General Guterres, gender parity is a must 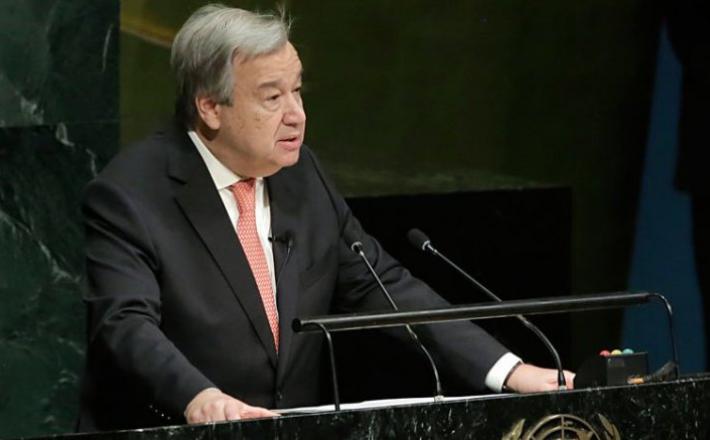 Antonio Guterres, a former Prime Minister of Portugal (1995-2002) who was sworn in as the ninth UN Secretary-General, will preside over a 71-year-old Secretariat which is badly in need of institutional reforms, including the break-up of a longstanding monopoly of male-dominated high ranking appointments, described as an exclusive preserve of major powers.

Asked about his priorities in the first 100 days of his administration, beginning January 1, he told reporters: “I think that one very important element of the agenda will be to give a clear signal that gender parity is a must.”

“And so, in the appointments I’ll be making, and the first ones will be announced soon, you will see that gender parity will become a clear priority from top to bottom in the UN. And it will have to be respected by all,” he declared, hours after his inauguration on December 12.

The widespread speculation is the likely appointment of a woman from the developing world as the new Deputy Secretary-General (DSG).

According to Nigeria’s Premium Times, the DSG post has been offered to Nigeria’s Minister of Environment, Amina Mohammed, a former Special Advisor to UN Secretary-General Ban Ki-moon on post-2015 development planning.

“We are hoping for a significant number of women in his management team,” an Asian diplomat told IDN, “at least at the level of Under-Secretaries-General,” the third highest ranking position at the UN.

He also pointed out there is a longstanding General Assembly resolution which calls for 50:50 gender parity on appointments at decision-making levels. But that resolution is still to be implemented, he added, speaking on condition of anonymity.

When Guterres announced his five-member transition team last October, he got off to a flying start, with three women and two men.

Guterres also told reporters that he wants to mobilize the entire UN system to achieve the UN’s post-2015 development agenda, including the 17 Sustainable Development Goals (SDGs) and the Paris Climate Change Agreement.