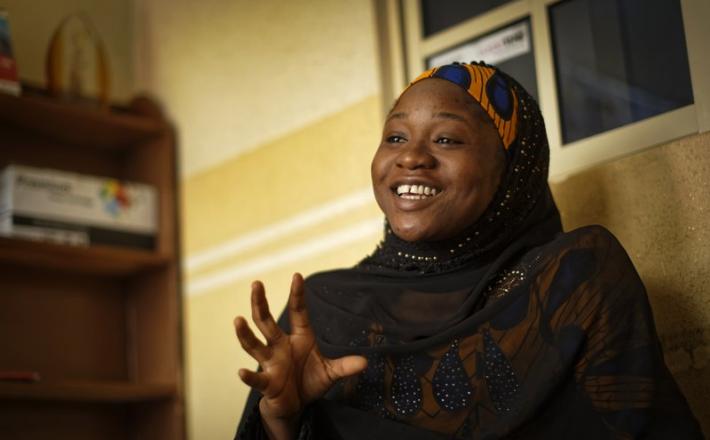 Nervous ahead of Nigeria's delayed election, a group of young women picked up their cellphones and wished each other well.

"Honestly I'm so tensed and scared," one typed. "I feel like crying. This is so touching," another wrote. "What we are about to do is the beginning of an era," texted a third.

They are among dozens of first-time female candidates in a country where the percentage of women in parliament is one of the lowest in the world, under 7 percent, and the idea of a woman as president brings a belly laugh from many men.

While Ethiopia and Rwanda in recent months drew global praise for announcing two of the world's few "gender-balanced" Cabinets, Africa's most populous nation and largest democracy has been largely stuck in a political culture heavy on cash and brawn.

"You know how women are," explained Abdulaziz Maidubji, a 41-year-old businessman in the conservative northern city of Kano, in an interview with The Associated Press as others gathered and agreed. "They are very weak. They cannot endure these challenges."

The nearly 50 female candidates for state and local seats who ping each other with emoji-speckled messages of support in a WhatsApp group are eager to prove a country of 190 million people wrong. When the election was delayed at the last minute until Feb. 23, they urged each other to stay focused.

Click here to read the full article published by Associated Press on 18 February 2019.