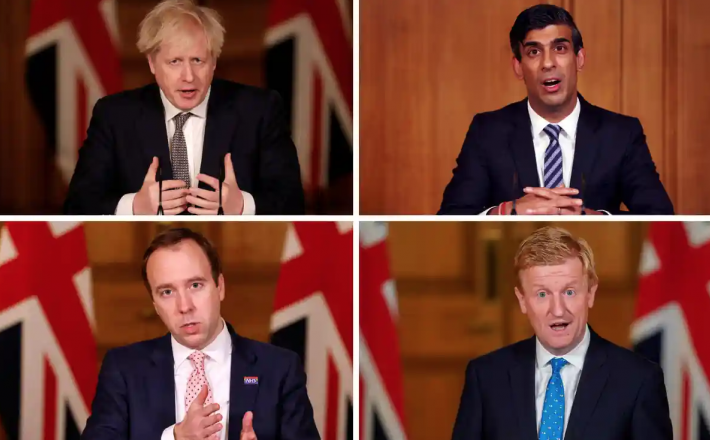 Downing Street has not used a female minister to lead its coronavirus press conference for more than six months, a tally by the Guardian has found, prompting accusations that Boris Johnson does not value the women in his team.

It has also emerged that the government has sent out no female minister as its main representative on the regular morning round of TV and radio interviews for five weeks – and has done so only once in the past two months.

Johnson has previously been accused of overseeing an “incredibly blokey” government, with the ministers and aides he most relies on being almost exclusively male – which critics say can affect perspectives on policy decisions. Of 20 cabinet ministers under Johnson, 15 are male.

Click here to read the full article published by The Guardian on 16 December.