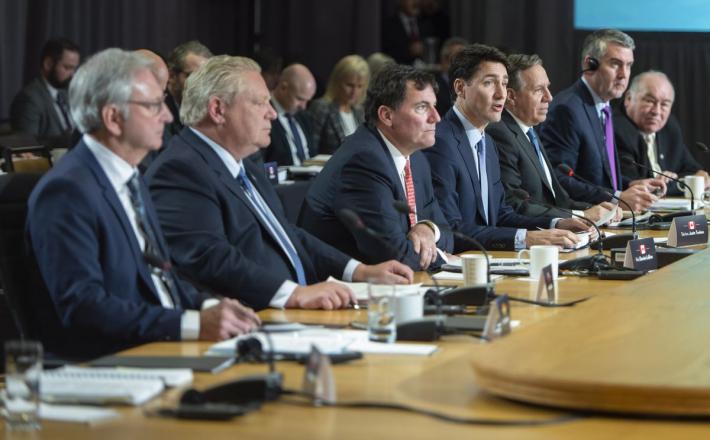 Canada’s 13 provincial and territorial leaders are in Saskatchewan this week, but for the first time in years, the annual gathering won’t have women at the table.

“Symbolically, it’s very significant that there is no woman premier,” said Sylvia Bashevkin, a political-science professor at the University of Toronto, who researches women in politics and recently edited a book on the effect of women in the premier’s office.

She said the last time Canada was without any woman as premier was between November 2002, when Pat Duncan left her post in the Yukon, and in November 2008, when Eva Aariak was sworn in as premier of Nunavut.

By early 2014, more than half of Canadians lived in a jurisdiction governed by a woman. Rachel Notley was the last one standing until her government was defeated in Alberta three months ago.

Saskatchewan, Manitoba, Nova Scotia and New Brunswick have never had a woman as premier.

Click here to read the full article published by CNN on 6 November 2019.