OAS approves the American Declaration on the Rights of Indigenous Peoples, with a special recognition of gender equality

OAS approves the American Declaration on the Rights of Indigenous Peoples, with a special recognition of gender equality 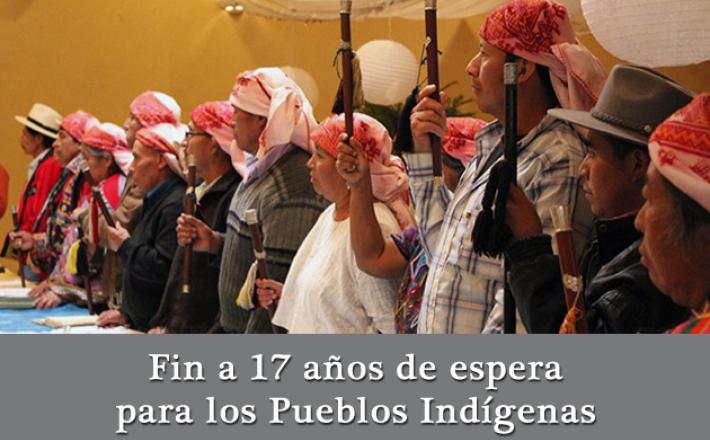 The Organization of American States, OAS, approves a historical American Declaration on the Rights of Indigenous Peoples, 17 years after the first meetings to sign this Declaration. Héctor Huertas, lawyer and indigenous leader of the Guna people in Panama, who participated in the first meeting of 1999, has been following the process for the last 17 years. Hence his visible satisfaction as he stood up today to address the General Assembly following the Declaration’s adoption. “Today the OAS is honoring an historical debt to indigenous peoples by acknowledging the rights of the more than 50 million indigenous men, women, and children who live in the Americas,” he said.

Huertas stressed that the Declaration introduces a new framework for relations between states and indigenous peoples, including greater respect for their human rights and their consideration on topics such as sustainable development.

The Declaration also makes profound changes within states that paves the way for genuine democracy and participation for indigenous peoples in each state. It recognizes the rights to self-determination, land, resources, and, above all, free and informed prior consent,” he said.

“The OAS is ushering a new phase in relations with an instrument that could give indigenous peoples a say in all aspects of development in the Hemisphere. We are even going to ask the OAS to let us participate as indigenous peoples and not as civil society,” Huertas added.

One of the key points of this Declaration is gender equality, establishing that “indigenous women have collective rights that are indispensable for their existence, wellbeing, and comprehensive development as peoples”.