Obama says ‘men have been getting on my nerves lately,’ urges women to enter political fray

Obama says ‘men have been getting on my nerves lately,’ urges women to enter political fray 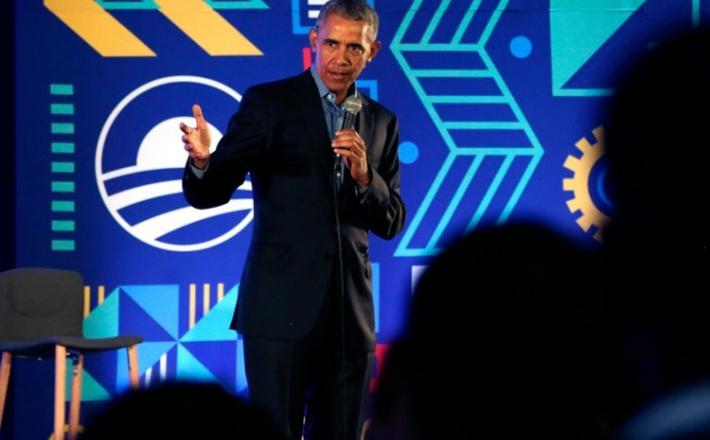 Men in positions of power are dropping the ball, according to former president Barack Obama, who thinks perhaps a way to fix that is to get more women at the table.

Democrats, in particular, have high hopes for the impact women could make in the fall's midterm elections. But the former president spoke about the importance of having more women in leadership positions globally, particularly in Africa.

When a woman asked Obama how to get more involved in politics, the former president expressed support for increasing the number of female politicians. He said:

Women in particular . . . I want you to get more involved. Because men have been getting on my nerves lately.