Online trolling putting women off politics, a union has warned

Online trolling putting women off politics, a union has warned 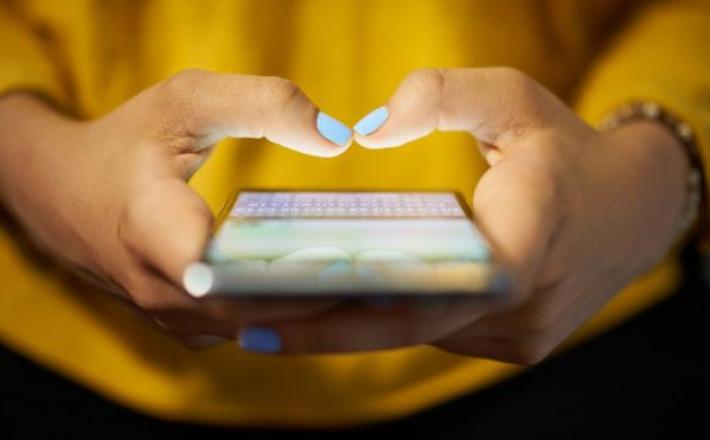 Abuse targeted at politicians on social media is putting some women off standing for public office, a union has warned.

Sexist comments and insults have become too common for people trying to serve their community, Unison Wales said.

Labour's Aberconwy parliamentary candidate Emily Owen said she had been trolled by men asking her bra size and telling her to strip for votes.

Parliament has set up a team to support those being targeted.

Political parties say they also try to support candidates who report problems - but some politicians say more needs to be done.

Ms Owen said she was shocked at the trolling on Facebook and Twitter she had been subjected to since standing for election to become an MP. 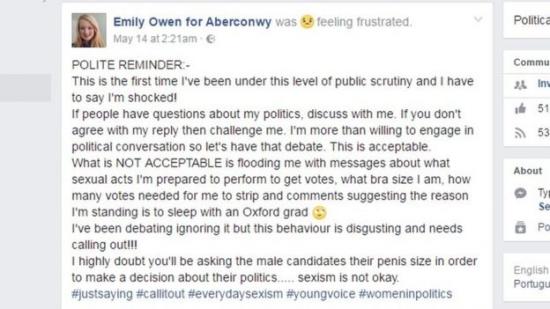 It comes six months after Plaid Cymru leader Leanne Wood revealed some abuse directed at her on Twitter was "vile" - with one man jailed for tweeting her and making reference to rape and another given a community sentence for saying someone should shoot her.

Unison Wales - the public services union with predominantly female members - said Ms Owen and Ms Wood were not alone in receiving abuse online and it had become such a concern that it was now holding training for its members on how to deal with it.

"It's becoming a massive issue - it's sexism, bullying, people being judged on their appearance... and people shouldn't have to put up with it just because they are in a prominent position," said Jenny Griffin, who runs Unison's cyber bullying course.

"It's definitely putting women off standing for these roles, particularly women with kids, as they don't want to put their family through it as the people around you often get targeted too."