Pelosi to AP: 2020 Dem ticket doesn’t have to include woman

Pelosi to AP: 2020 Dem ticket doesn’t have to include woman 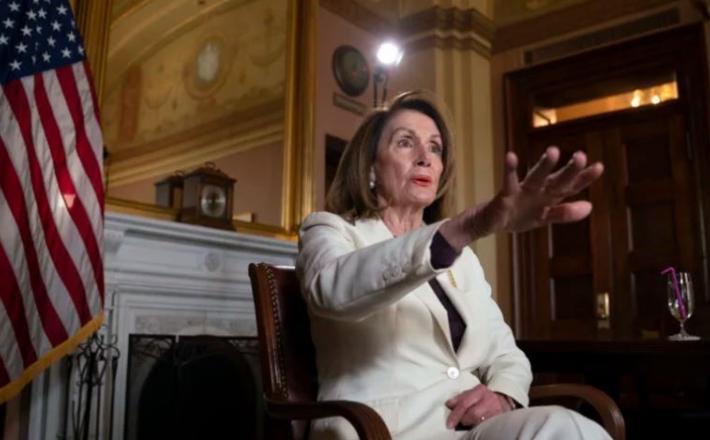 Ever pragmatic, House Speaker Nancy Pelosi said Wednesday that she’d like to see a woman on the 2020 presidential ticket — but she’s not insisting on it.

The California Democrat said in an interview with The Associated Press on Wednesday that it shouldn’t be surprising that a few men have risen to the top of the sprawling Democratic field, which includes four women who are major candidates. She said she’s “very proud” of the women in the contest and she believes any Democrat running would be better than President Donald Trump.

She included in that category former Vice President Joe Biden. Americans, she said, should judge Biden on “what he’s done in his career,” rather than recent accusations of inappropriate touching.

Click here to read the full article published by Boston on 10 April 2019.