Pelosi to step down from House leadership, stay in Congress

Pelosi to step down from House leadership, stay in Congress 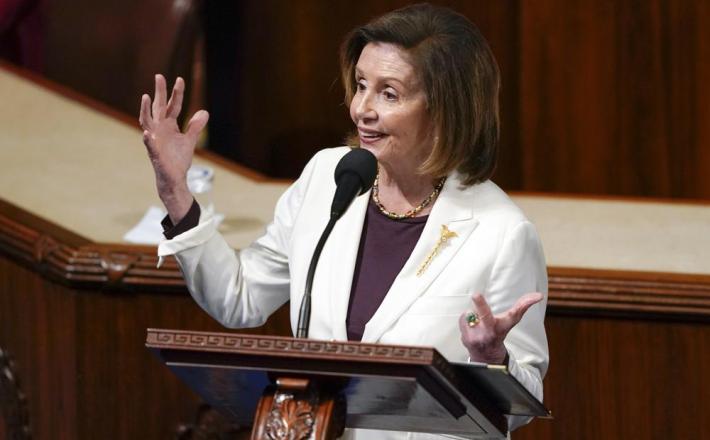 WASHINGTON (AP) — House Speaker Nancy Pelosi said Thursday that she will not seek a leadership position in the new Congress, ending a historic run as the first woman with the gavel and making way for a new generation to steer the party after Democrats lost control of the House to Republicans in the midterm elections.

In a spirited speech on the House floor, Pelosi announced that she will step aside after leading Democrats for nearly 20 years and in the aftermath of the brutal attack on her husband, Paul, last month in their San Francisco home — and after having done “the people’s work.”

The California Democrat, a pivotal figure in U.S. history and perhaps the most powerful speaker in modern times, said she would remain in Congress as the representative from San Francisco, a position she has held for 35 years, when the new Congress convenes in January.

Click here to read the full article published by AP News on 18 November 2022.