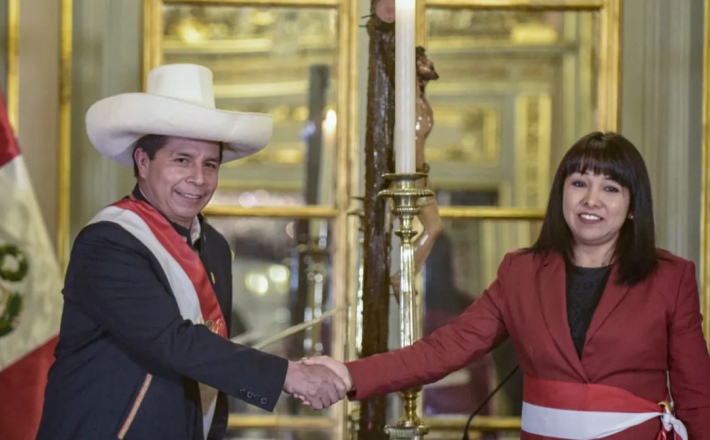 Peruvian President Pedro Castillo accepted the resignation of his prime minister Wednesday and replaced him with a female environmental activist.

Under Peruvian law, the prime minister's resignation automatically triggered that of the entire cabinet.

Hours later, Castillo swore in environmental and human rights activist Mirtha Vasquez, 46, as his new prime minister in a move seen as a sop to the moderate wing of the informal leftist coalition that supports him.

Castillo gave no reasons for replacing Guido Bellido as premier, who was a more hardline leftist. Bellido's resignation letter said he was acting at Castillo's "request."

The leftist president, who used to be a rural school teacher, called for "unity" from Peru's economic, political and social sectors to "achieve common objectives" such as reactivating the economy.

Click here to reach the full article published by Yahoo on 7 October 2021.