Poll: Most see women equal to men in politics in the US

Poll: Most see women equal to men in politics in the US 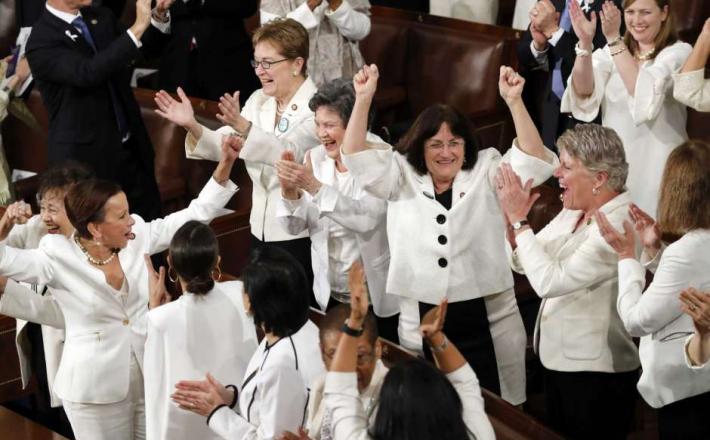 WASHINGTON (AP) — An all-time high of 84 percent of Americans believe women are just as suited emotionally for politics as men, according to a new survey that comes as the largest-ever field of women are running for president and with a record number serving in Congress.

The growing acceptance of women in politics and in the workforce is highlighted by the General Social Survey, a widely respected trend survey that has been measuring views of gender and society since the 1970s.

A quarter of Americans think it's better for men to work and for women to stay at home, the lowest level since the question was first asked in 1985. Roughly as many — 28 percent — say preschool children suffer with a working mother; 53 percent said the same in 1985.

Click here to read the full article published by Houston Chronicle on 29 March 2019.