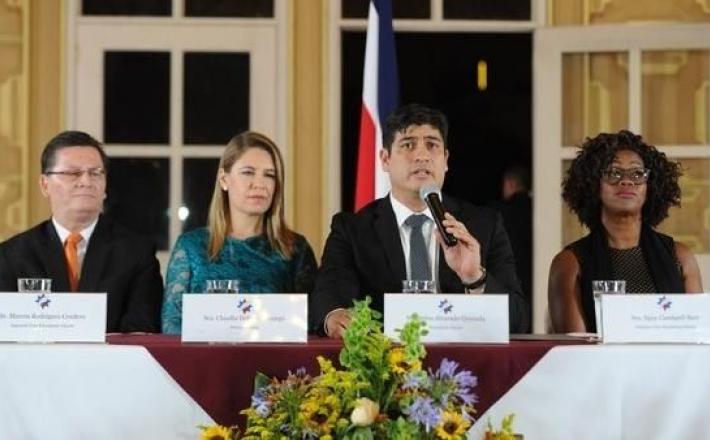 Carlos Alvarado, of the Citizen Action Party (PAC), based his presidential campaign during Costa Rica’s second electoral round on a promise of national unity. Last night, less than two weeks from Inauguration Day, he announced a Cabinet filled with familiar faces from five parties.

The Cabinet also features, on the ministerial level, more women than men for the first time in Costa Rican history: 14 women and 11 men. The full Cabinet, which includes the presidents of government and semi-autonomous institutions, consists of 16 men and 15 women.

Click here to read the full article published by Ticotimes on 27 April 2018.