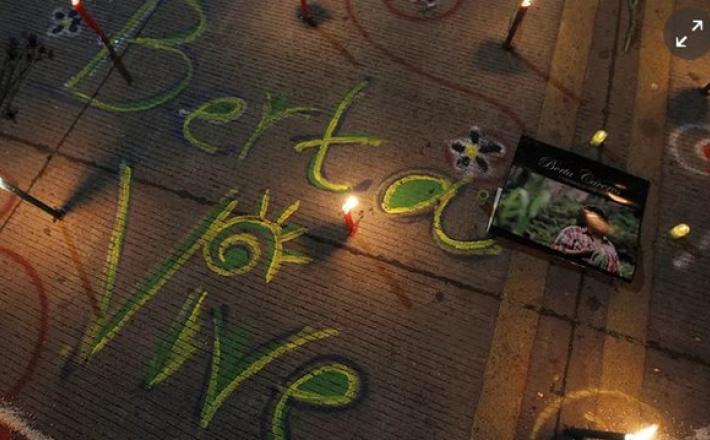 After the dreadful murder of Honduran human rights activist and environmental defender, Berta Cáceres, many women organizations have organized protests and acts of repudiation of this crime. The European Women’s Lobby (EWL) has taken part in two demonstrations in Brussels and New York to pay tribute to Berta and all courageous women activists who stand for human rights and for a feminist world and who, many times by doing so, put their lives at severe risk.

The Global Witness 2015 report identifies Honduras is one of the deadliest countries in the world for environmentalists. Two weeks after Berta Caceres’ death, another activist member of Copinh, Nelson García, was also killed after a violent eviction in a Lenca indigenous community. Berta Cáceres had denounced in several occasions the increased criminalisation of the civil human rights protests in the anti-terrorist and security laws in Honduras. This is a tendency that can be seen in many countries in the world, where paradoxically anti-terrorist laws and increase in security and defense budgets end up meaning a restriction and a loss of civil rights and liberties. In total, Global Witness registered the murder of 116 environmental activists last year in the world, three-quarters of them were killed in Central and South America. However, Berta denounced that many more activist and indigenous people had been killed with total impunity. The environmentalist organisation “Agua Viva- Amigos de la tierra” in Colombia, also denounced and condemned the murder of several community leaders in February this year, including Marciela Tombe, President of the Enviromentalist Campesino Association in Cauca region of Colombia.