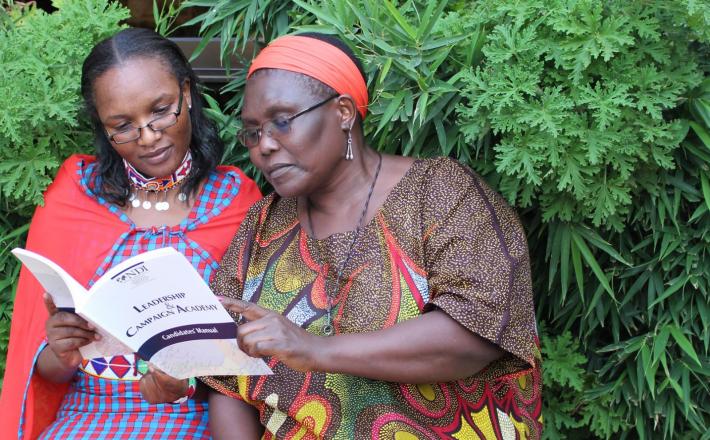 A new report published by NDI and the Federation of Women Lawyers (FIDA Kenya) highlights a number of important political gains made by women during the 2017 general elections. For the first time in Kenya’s history, women were elected to serve as governors and senators, and 29 percent more women ran for office than in the previous election — a fact that led to the largest number of women ever seated at all levels of the Kenyan government. Women now hold 172 of the 1,883 elected seats in Kenya, up from 145 after the 2013 elections.

Despite these gains, the report makes clear that significant obstacles remain for women seeking elective office. Although Kenya’s constitution mandates that all appointed and elected bodies contain at least one-third women, women’s actual representation often falls short of that threshold. Women account for just 23 percent of the National Assembly and Senate — a figure that includes seats reserved exclusively for women representatives.

Click here to read the full article published by NDI on 28 February 2018.