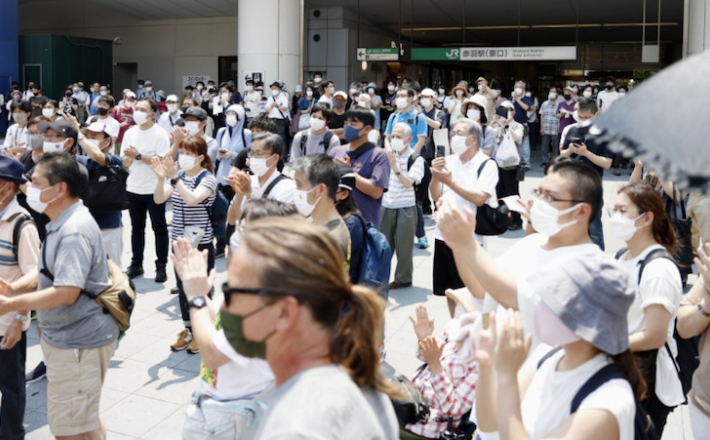 TOKYO - A record number of both women and LGBTQ candidates are campaigning to win over voters in the House of Councillors election on Sunday and potentially bring change to Japan's male-dominated political landscape.

While some advocates have hailed the unprecedented number of female and openly LGBTQ hopefuls, the candidates' policies will be put to the test as surveys have shown that issues such as rising prices and social security will likely be at the forefront of voter concerns.

Out of 545 candidates, 181 women are campaigning in the triennial elections, attempting to win one of the 125 seats up for grabs in the 248-seat upper chamber of parliament.

Click here to read the full article published by Kyodo News on 7 July 2022.