Regardless of outcome, Virginia lieutenant governor’s race will make history

Regardless of outcome, Virginia lieutenant governor’s race will make history 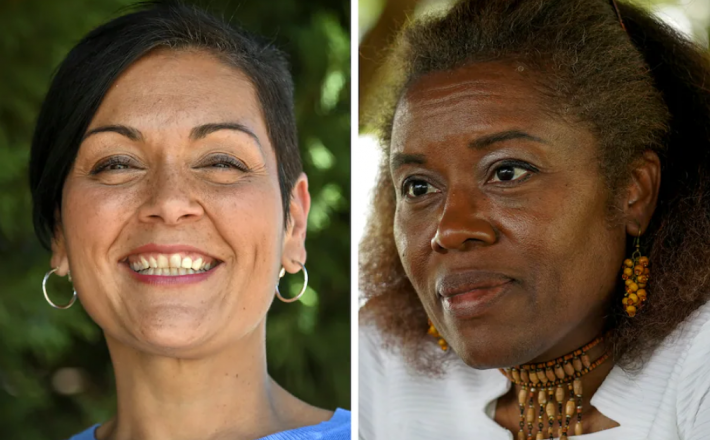 No matter which party prevails in Virginia’s elections in November, the result of the lieutenant governor’s race will be the same in one way: A woman of color will hold a statewide office in the commonwealth for the first time in history.

That detail has been central to the campaigns of both Del. Hala S. Ayala (D-Prince William), an Afro-Latina, Lebanese and Irish woman who won her party’s nomination Tuesday, and former delegate Winsome E. Sears (R-Norfolk), a Jamaican-born Black woman who won her nomination in a convention last month.

And it will put Virginia in rare company among the rest of the nation, where just six Black women, three Latinas and three Asian Pacific Islander women have been elected as lieutenant governor, according to Rutgers University’s Center for American Women and Politics.

No Black women have been elected governor, while nationwide, one Asian woman and two Latinas have served in that position.