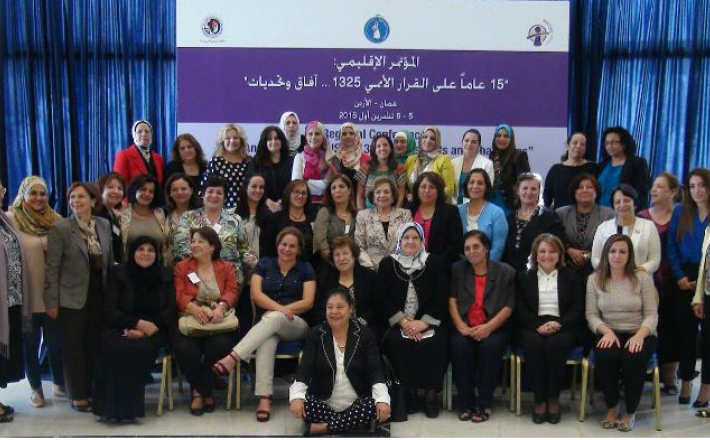 The Palestinian Initiative for the Promotion of Global Dialogue and Democracy (MIFTAH), the General Union of Palestinian Women (GUPW), and the General Union of Jordanian Women organized a regional conference on October 5th and 6th, 2015 in the Jordanian capital, Amman. Celebrating the 15th Anniversary of UN Security Council 1325 under the theme of “Prospects and Challenges”, the meeting brought together participants from various women’s organizations and networks from Palestine, Syria, Iraq, Egypt, Jordan, and Lebanon.

The conference called for greater women involvement in decision-making processes at the national, regional, and international levels as a step toward more effective conflict resolution and peace. More specifically, it recommended strengthening and expanding women’s network and their framework of action in the Arab world as well as creating a space for exchange, coordination, and collaboration between the Arab League and women’s groups and networks in the region. For more information, please visit here.