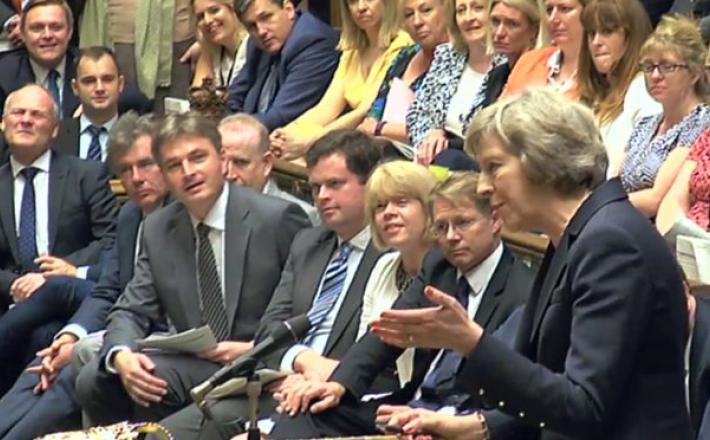 The Guardian relays that according to a report commissioned by the Speaker, the House of Commons should install gender neutral toilets, allow MPs to breastfeed in the chamber, and introduce quotas to ensure that at least 40% of political journalists and committee witnesses are women. The good parliament report sets out 43 recommendations for tackling current sexism in parliament and transforming it into an “international showcase” for equality and inclusion.

The reports calls for an end to the ban on breastfeeding in the chamber to allow all members to “fully participate in house business”. Such a change would signal the Commons as a role-model, parent-friendly institution, it says.

The report says “unisex/gender neutral toilets” should be provided as part of a gender-sensitive audit of parliament. “Failure to do so will limit who can visit, participate in the formal activities of, and work in parliament,” it says.

And the report sets out a series of recommendations on quotas to ensure great diversity in the Commons. These include statutory sex and gender quotas for the 2025 election if parties fail to select female candidates for at least half of their target seats and held seats that fall vacant for the 2020 election.

It calls for rule changes to ensure all select committee witness panels are sex and gender diverse in the next parliament. It says that by 2020 40% of lobby passes should go to women, noting that currently only a quarter of lobby journalists are women. “A homogenous parliamentary press gallery risks a narrow representation of parliamentary politics, offering a particular ‘take’, or at worse a distorted account,” says the report.

The report points out that, as it stands, the Commons falls well short of the Inter-Parliamentary Union’s standard to be “truly representative”. Read the full story here.