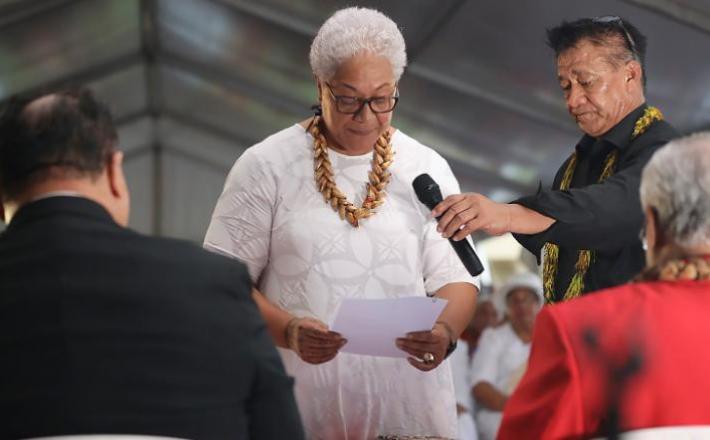 (Thomson Reuters Foundation) - An impasse between Samoa’s incumbent prime minister and female opposition leader could see a backlash against gender quota rules in the small Pacific island nation and stop other women from entering politics across the region, analysts warned.

In an apparent effort to overcome a month-long impasse, the Pacific nation’s head of state said an election should be held again on May 21, but this was overruled by the Supreme Court, which rejected the creation of an additional parliamentary seat.

But the twin-island nation’s political crisis intensified on Monday as Fiame held a ceremony to form government outside a locked parliament after the incumbent Prime Minister Tuilaepa Sailele Malielegaoi refused to cede power.

Click here to read the full article published by Reuters on 25 May 2021.