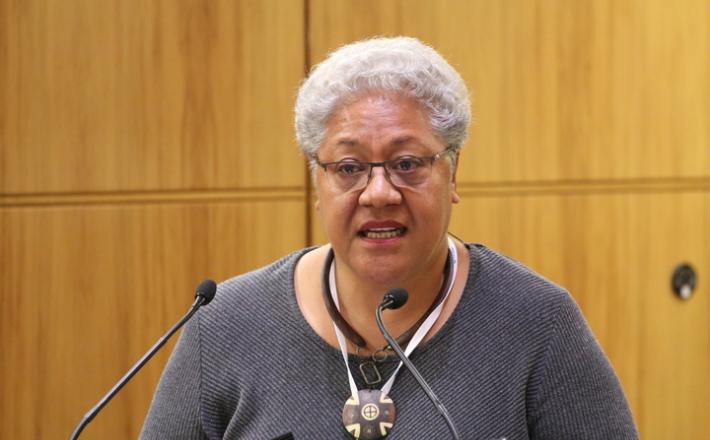 Fiame, who is the longest serving woman MP in Samoa's Parliament, was speaking at a meeting of the Women in Leadership Advocates Group this week in Apia.

Across the Pacific, international organizations like the United Nations are supporting programmes to get more women into parliament.

But Fiame, who chairs the advocates group, said politics is not an attractive profession for many women.

"Politics is not a secure operation, yknow it is quite risky. And so I think that is another factor that women are a bit nervous about entering politics, it is a risk. But sometimes when you are in this kind of group you think all women want to go into politics well in fact I dont think most women want to go into politics in fact I think most people want to keep away from it."

The father of Fiame Naomi Mata'afa was Samoa's first prime minister after independence.