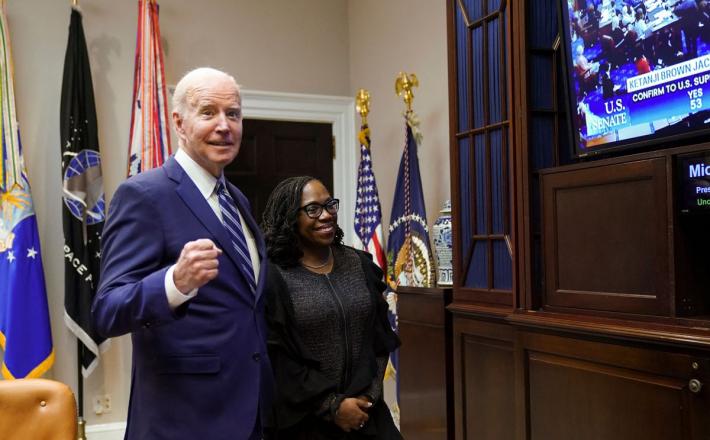 WASHINGTON, April 7 (Reuters) - Ketanji Brown Jackson was confirmed by the Senate on Thursday as the first Black woman to serve on the Supreme Court in a milestone for the United States and a victory for President Joe Biden, who made good on a campaign promise as he seeks to infuse the federal judiciary with a broader range of backgrounds.

Click here to read the full article published by Reuters on 7 April 2022.