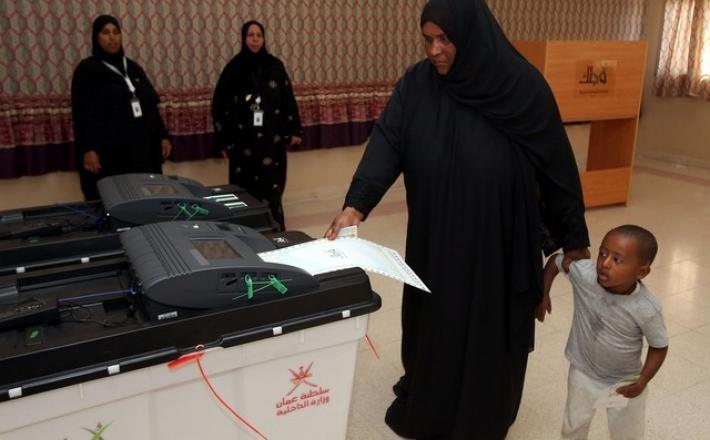 Seven women were elected to Oman’s Municipal Council in the second-ever such vote held in the country on Sunday.

The result marks an increase from 2012, when four women won seats. “Society is becoming more aware of how important the woman’s role is, in pushing the wheels of development in the country along with men,” Mohammad Al Hinai, an Omani political commentator, told Gulf News.

Of the 23 women candidates vying for seats this election, seven secured wins — two in the Buraimi governorate, two in North Batinah, two in Muscat and one in South Batinah. For the first time, an entire province is being represented by only women.

Mariam Al Shamsi and Latifa Al Manei won the only seats for the Sunnainah province of the Buraimi governorate.

Sana Al Mashari and Amna Al Beloushi will represent their respective provinces (Amerat and Seeb) in the governorate of Muscat.

Rahma Al Nufli was elected as a municipal member of Musanah province of South Bartinah governorate.

To encourage people to vote, the ministry had allocated 107 election centres across the country including 18 centres for men, 18 for women and 71 centres for both men and women. “The election process went very smoothly without any obstacles,” said Khalid Al Busaidi, Undersecretary of the Ministry of Interior and the head of the organising committee of the election.