Sexism in Politics 2016: What can we learn so far from media portrayals of Hillary Clinton and Latin American female leaders?

Sexism in Politics 2016: What can we learn so far from media portrayals of Hillary Clinton and Latin American female leaders? 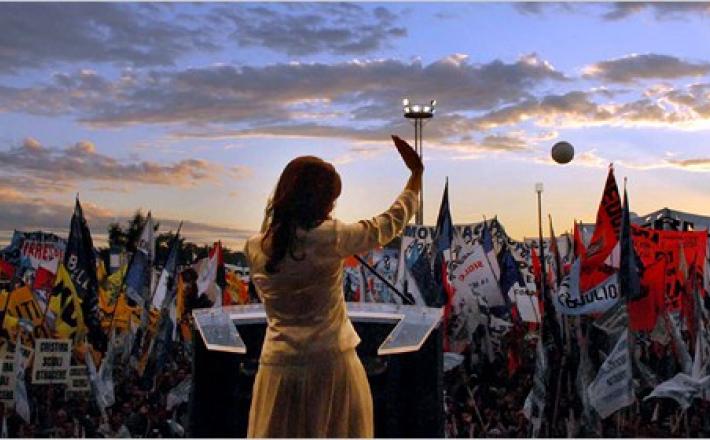 The Council on Hemispheric Affairs has published an article on sexism in politics. Due to its interest for the advancement of women’s political empowerment we are featuring it on our platform. Click here to read the original article.

The history of sexism within the United States runs deep. While the United States seems to be ranked as one of the top nations in terms of its military, technology, and GDP, it still struggles with its social issues in terms of race, economic disparity, and gender inequality. After the efforts of the women’s rights movement in the 1970’s, women still seem to face discrimination in the workplace, on national television, or simply during their every day lives in regards to their gender. Today, women still struggle to express their ideas without being targeted for their sex or having it rejected by a male counterpart. The unity and support for women grew drastically in the United States with the breaking of societal, gendered barriers including appointing female CEO’s, talented female athletes receiving high distinction, and most recently women entering combat. This year, the United States will face the strong possibility of electing a female candidate as President of the United States—a bold move that has already been achieved by many of its allies.

While the United States remains conflicted in electing a new female leader, countries in Latin America already have elected female presidents and are examining the legacies of such female leaders. Figures like Dilma Rousseff and Michelle Bachelet are recognized as the forerunners of guerrilla movements dedicated to ending the reign of military dictatorships in order to establish a democracy in their country. While female leaders in other Latin American countries have not always taken part in political demonstrations, they have worked nearly twice as hard as their male counterparts in order to gain the positions they have today. According toThe Economist’s “Wonder Women and Macho Men,” women in Latin America are recorded as now spending more years in school than men, which suggests that their prospects and leadership skills will improve. Women have also climbed up the corporate ladder and became leaders within some of the world’s largest energy companies, including Brazilian energy company Rede Energia and online retailer B2W. Although the glass-shattering achievement of electing a woman into an executive office position has been achieved by multiple countries, there still remains discomfort in the general population of being able to trust a female leader. This includes women enacting legislation, handling foreign policy, and holding powerful public offices in the government. Based on the observations of the media’s portrayal of Hillary Clinton’s campaign, and of other high-profiled female presidents in the Americas, sexism has manifested itself through social media as an advanced form of expression and continues to be reinforced in society.