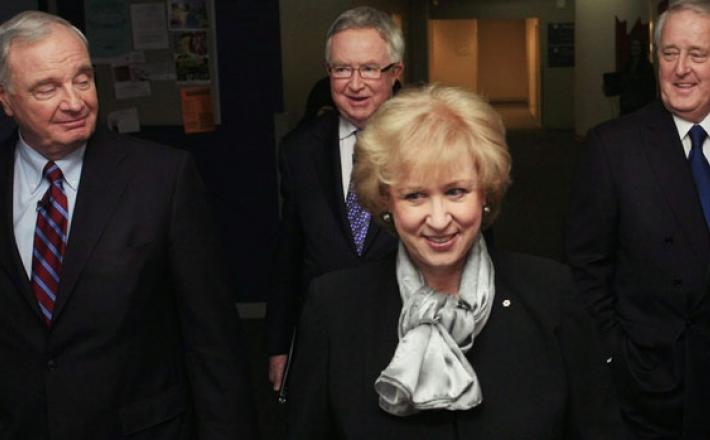 Hair, hemlines and husbands — media coverage of women running for federal political leadership in Canada has, historically, been quite different from their male counterparts.

This kind of personal scrutiny persists, and it's dissuading women from running for political leadership, according to a new study from the University of Alberta.

Political scientist Linda Trimble reviewed 2,500 newspaper articles spanning a 37-year period. She found that women who ran for leadership of major Canadian political parties faced scrutiny based on physical appearance or traditional gender roles that was disproportionate in relation to their male opponents.

When Belinda Stronach sought leadership of the Conservative Party in 2004, a lot of media attention centred on her looks and alleged "lack of intellect" and portrayed her as a "puppet for the backroom boys," Trimble told CBC Edmonton's Radio Active.

"Anne McLennan, who was Deputy Prime Minister at the time, said 'This is going to put women off politics,'" Trimble said.

"And certainly women are discouraged from seeking leadership roles because of that kind of attention."

Click here to read the full article published by CBC News on 17 December 2017.