Sexual Violence Against Women Aggravated in Times of Conflict

Sexual Violence Against Women Aggravated in Times of Conflict 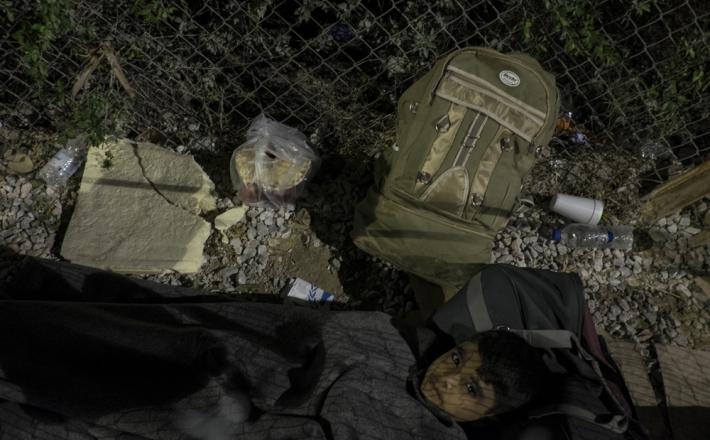 After Amira’s husband was killed in the Syrian war, she found herself adrift in Lebanon. Barred from working and with two young children to feed, she resorted to marrying off her nine-year-old daughter and putting her 12-year-old son to work.

Amira is not a real person but her story is increasingly commonplace. No one knows how many of the 60 million forcibly displaced people around the world have fallen victim to trafficking, slavery, and forced labour, but their number appears to be on the increase. As many as 7,000 women and girls have been taken as sexual slaves by Boko Haram; in Libya, armed groups regularly exploit migrants and refugees for forced labour or hold them for ransom; and in Iraq, more than 5,000 Yazidis have been enslaved by so-called Islamic State.

Recent research on Syrian refugees in Lebanon by the Freedom Fund, an anti-trafficking and slavery NGO, found that forced and child labour, child marriage, sexual exploitation, and survival sex were becoming more widespread – in a country hosting more than one million refugees. “The economic desperation, combined with lack of legal protections and other factors, makes these individuals more susceptible to various forms of trafficking,” said Kate Kennedy of the Freedom Fund.

Most agree that humanitarian interventions to detect – let alone stop – trafficking of refugees are woefully lacking, as are efforts to find and punish the perpetrators. But momentum to address the problem is gathering pace at the UN, prompted in part by the realisation that not only are these crimes on the rise, but they are taking on darker and more brazen forms.

Armed groups like IS and Boko Haram openly advocate for the enslavement of women and children, both as a means of generating revenue and punishing particular populations. At the same time, protracted conflicts in Syria and elsewhere have swollen the numbers of desperate people searching for a way to survive their displacement, creating a perfect storm for these crimes to escalate.

The United Nations University has just released a report, “Fighting Human Trafficking in Conflict”, that documents the connections between conflict and trafficking that takes place within conflict zones and within displaced populations that have fled such areas.

According to the report: “Refugees fleeing conflict are often subjected to trafficking-related exploitation, including child labour, forced prostitution, forced and early marriage and forced begging.”

UNU’s James Cockayne, lead author of the report, stated that there is disturbing evidence that human trafficking in conflict is a growing problem and that armed groups like IS and Boko Haram are “encouraging – and organising – slavery on a scale not seen since World War II.”

Cockayne said these non-state armed groups were “openly reviving slavery and organising slave markets, using more sophisticated and institutionalised techniques, including social media platforms to both groom victims and to auction them off”.

Thanks to the brave stance of Nadia Murad, a Yazidi woman whose family was murdered and who was then gang-raped by ISIS soldiers and sold as a sex slave, the frightening resurgence of sexual slavery as a weapon of war now has a human face.

Murad has become a spokeswoman for the Yazidi women still being held in sexual slavery by IS. Her harrowing testimony at last year’s first ever debate on human trafficking at the UN Security Council reduced council members to tears. This Friday she will be appointed a goodwill ambassador to advocate for trafficking survivors, especially refugees, women and girls.

Targets in three of the Sustainable Development Goals – 5, 8 and 16 – relate to stopping human trafficking and give the UN further impetus to tackle the problem. Agencies focused on the issue include the UN Office on Drugs and Crime, the International Labor Organization and the International Organization for Migration.

Meanwhile, the UNU report, which offers 10 ideas for the Security Council to tackle human trafficking in conflict, will feed into another report that UN Secretary General Ban Ki-Moon is due to release on the topic in a couple of months, to be debated by the Security Council in December.

What can be done?

But there are no easy solutions to a complex problem in which organised crime, terrorism, and legitimate-seeming business practices are intertwined, and the victims usually hidden.

While there are many anti-trafficking laws and tools in place, applying them is hard. Laws that bar money laundering and terrorism financing can’t prevent money moving through informal routes that bypass the formal banking system, such as the “hawala” system popular in the Middle East. Neither can they stop the kind of trade taking place in IS-held territories whereby kidnap victims are reportedly sold to fighters for a mere few dollars, or bartered for guns or cigarettes.

The Security Council is also urged to help states take action against perpetrators. But in the conflict countries where trafficking is rife, the rule of law is weak and armed groups act with impunity. States are also reluctant to give up their sovereignty on the matter.

But cracking down on perpetrators is unlikely to be effective unless alternative livelihoods are found for the growing number of displaced people. A study on the impact of the Syrian war on trafficking by the International Centre for Migration Policy Development found that much of the exploitation taking place involves “family members, acquaintances and neighbours” rather than transnational organised crime groups. “Families and communities displaced by the war are often left with no viable alternatives for survival other than situations that can be characterised as exploitation,” reads the study. Interventions such as lifting restrictions on work for asylum seekers and refugees, cash transfer programmes, and better access to school for refugee children may have more impact on reducing trafficking and exploitation than going after perpetrators.

Meanwhile, humanitarians are searching for ways they can alleviate the problem. Kennedy told IRIN that ways have to be found to “systematically document slavery and human trafficking of refugees” and for anti-trafficking efforts to be incorporated into strategies to address refugee and displacement crises.

At a workshop that formed the basis of the UNU report, many participants argued that because human trafficking is not specifically tackled in the UN’s cluster approach to humanitarian coordination, it gets little attention in UN field approaches.

One suggestion is to run information campaigns at places where people-at-risk gather, such as border crossings, refugee processing centres, food distribution centres, and on social media. In co-operation with each other and the UN, countries could start sending investigative units to high-risk areas.

Part of the problem is that agencies are often ill-equipped to deal with human trafficking that occurs in the midst of a conflict or crisis. According to the authors of a 2015 article published by the Overseas Development Institute’s Humanitarian Practice Network: “Humanitarian actors often lack tailored, specific and systematic anti-trafficking tools or knowledge. Human trafficking risks are often not fully understood or recognised by first responders at the onset of crises.”

The authors suggest that “dedicated experts” be deployed with other first responders and that mobile anti-trafficking teams made up of government and civil society groups could be used.