She’s 16 and wants to be President: Meet the teenagers planning their campaigns

She’s 16 and wants to be President: Meet the teenagers planning their campaigns 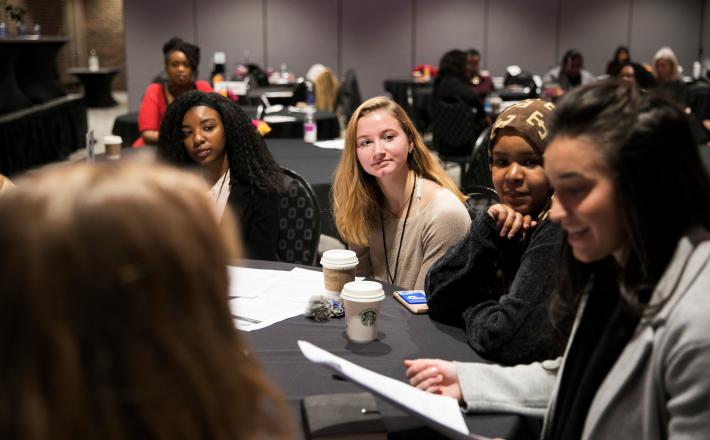 Research shows that Generation Z is the first in which women are more likely than their male peers to be engaged in politics. Here’s what some of them told the The New York Times.

Abby Cumming-Vukovic is going to be a state representative. You can quote her on that.

She is 16, yes. She is a high school sophomore, yes. But she already has more than a decade of political engagement behind her, if you start with the 2008 canvassing trip she took in a wagon pulled by her mother.

“President is the ultimate goal,” she said. “Of course.”

If this is an unusual proclamation for a teenager, you would not have known it last month at the Young Women Run Columbus conference, hosted by Ignite, a group dedicated to getting young women involved in politics. The attendees, from high schools and colleges across Ohio, want to be City Council members, county commissioners, state senators and congresswomen. And if they don’t want to be the first woman to lead the country, it’s only because they would rather be the third.

Click here to read the full article published by The New York Times on 11 December 2019.