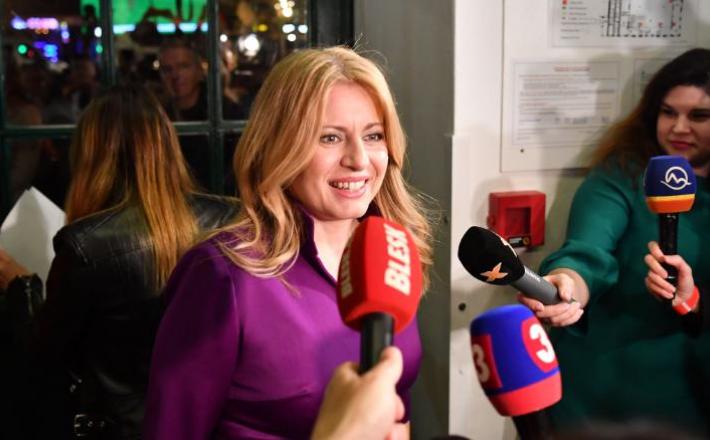 When Slovakia's newly elected President Zuzana Caputova -- the country's first ever female head of state -- delivered her acceptance speech on Saturday she immediately set herself apart from the wave of populist parties sweeping Europe.

The 45-year-old liberal lawyer thanked voters not just in Slovak -- but in Hungarian, Czech, Roma and Ruthenian -- in a show of unity with the nation's minority groups and rejection of the nationalist rhetoric popular in some neighboring countries.

"I am happy not just for the result but mainly that it is possible not to succumb to populism, to tell the truth, to raise interest without aggressive vocabulary," she told supporters, Reuters reported.

Caputova is a political newbie who's anti-corruption campaign struck a chord in a country still grappling with the murder in February last year of investigative journalist Jan Kuciak and his fiancée Martina Kusnirova.

But Caputova's connection with journalist Kuciak's case began long before his death. The lawyer previously waged a 14-year legal battle with a company represented by accused businessman Marian Kocner that planned to build an illegal landfill in her home town, Reuters reported.

Caputova won the case -- and the Hollywood-inspired nickname "Slovakia's Erin Brockovich," after the environmental campaigner played by Julia Roberts in the film of the same name.

Click here to read the full article published by CNN on 31 March 2019.