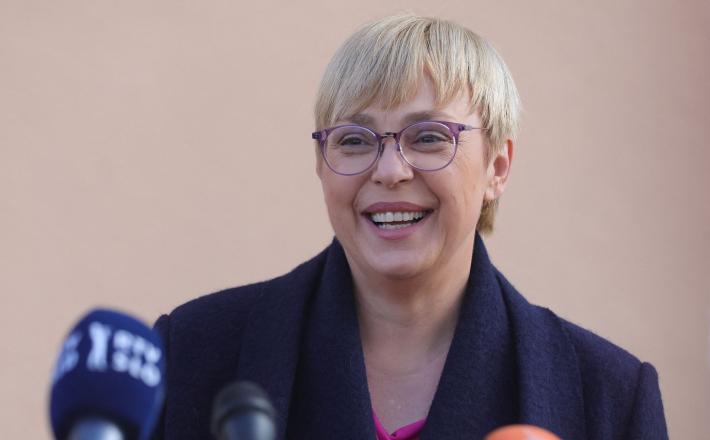 LJUBLJANA, Nov 13 (Reuters) - Natasa Pirc Musar, a lawyer, won the second round of Slovenia's presidential election on Sunday and will become its first female head of state, preliminary results showed.

Pirc Musar, 54, won 53.86 percent of votes in the runoff, while her rival, right-wing politician and former foreign minister Andze Logar, won 46.14 percent, according to election commission data based on 99 percent of the votes counted.

"I will do my best to be a true president for all, to work for fundamental and constitutional human and democratic rights and democracy,"” Pirc Musar told reporters after claiming victory.

Although the role is mostly ceremonial, the president is commander in chief of the armed forces and also nominates several top officials, including the central bank governor. Most of the nominations have to be confirmed by parliament.

Click here to read the full article published by Reuters on 13 November 2022.