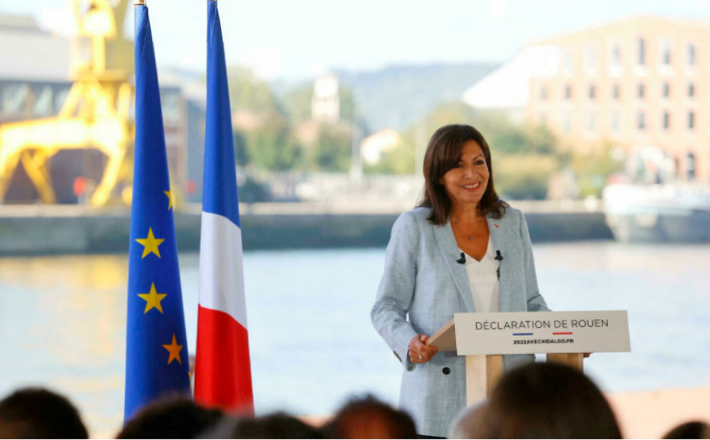 Paris Mayor Anne Hidalgo threw her hat in the ring for France's 2022 presidential election on Sunday in Rouen. Her announcement brought an end to months of speculation that she would seek the Socialist nomination – and to years of assurances from Hidalgo herself that Paris City Hall wouldn't serve as a springboard for the country's top job.

The 62-year-old Hidalgo, who won re-election to a second term as Paris mayor last year, has been both applauded and vilified for her eco-minded administration of the French capital, pushing the envelope as she has pushed motorists out of the city centre in favour of cycling lanes and green spaces.

In the global public eye as Paris mayor, Hidalgo's tenure has spanned a period of exceptional challenges for the city: a devastating series of terror attacks in 2015, fiery anti-government Yellow Vest protests, the disastrous 2019 inferno at Notre-Dame Cathedral, a Covid-19 pandemic all the more fearsome to a world tourism capital. There have also been glittering triumphs: the COP 21 summit that spawned the Paris Climate Accords in 2015 and the city's successful bid to host the 2024 Olympic Games. Hidalgo most recently took the world stage in Japan, where she accepted the Olympic and Paralympic flags at Tokyo 2020's closing ceremonies.

Click here to read the full article published by France 24 on 12 September 2021.