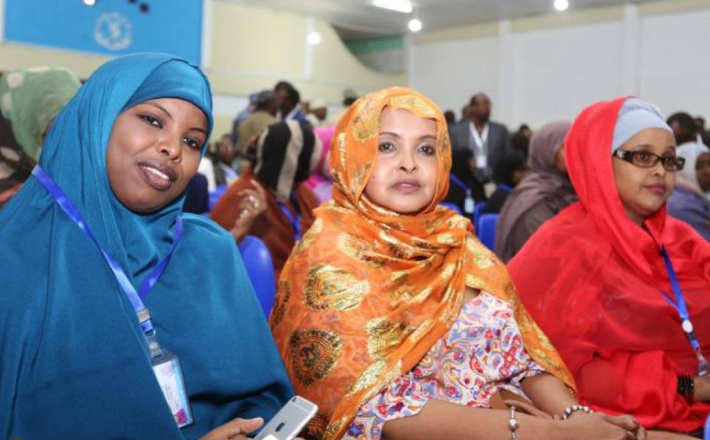 GAROWE, Somalia, Jan 11 (Thomson Reuters Foundation) - Nearly a third of Somalia's parliamentary seats will be reserved for female lawmakers in an election next month, the prime minister said, a measure long demanded by women's rights campaigners in the Horn of Africa nation.

While welcoming Saturday's announcement by Prime Minister Mohamed Hussein Roble, some women's groups cautioned that implementing the measure in time for the Feb. 8 poll would be challenging and depended on the commitment of clan leaders.

Somalia has been riven by civil war since 1991, and due to the fragile security situation, elections consist of clan delegates choosing members of parliament as opposed to a one-person, one-vote electoral system.

Roble made the quota pledge after talks with female lawmakers - who currently hold 24% of the 329 seats in Somalia's lower and upper houses of parliament, according to the Inter-Parliamentary Union (IPU).

"Somalia Prime Minster his Excellency @MohamedHRoble assured that the Federal Government of #Somalia is committed to ensuring a 30% quota for women in both houses of Somali parliament for the upcoming elections ...," government spokesman Mohamed Ibrahim Moalimuu said on Twitter on Sunday.

Click here to read the full article published by Reuters on 11 January 2021.