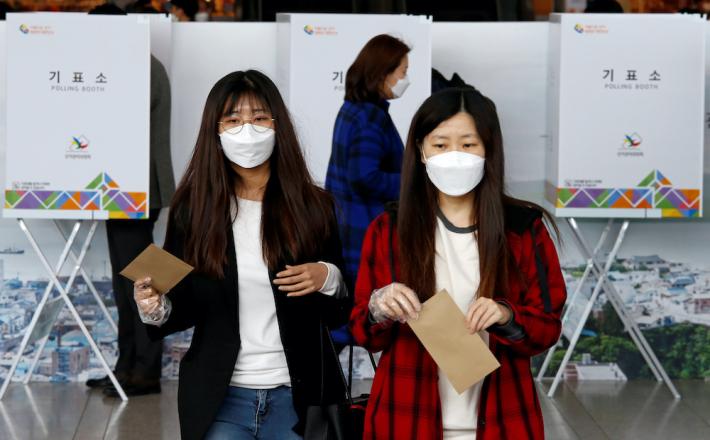 South Korea’s first feminist party is set to launch a political school to train aspiring female candidates, as it vowed to fight on after failing to win a seat in national elections.

The Women’s Party was unsuccessful in its attempts to win four parliamentary seats in the April 15 poll, despite a growing feminism movement in the socially conservative nation.

Although disappointed by the result, the party has now begun preparations for local municipal and provincial elections due in 2022 by setting up a political school.

“We want to plan for our winning strategies,” Kim Eun-ju, a veteran women’s rights activist and one of the party’s founders, told the Thomson Reuters Foundation on Friday.

“We hope this school will provide training to our candidates on how politics work. Although our members are passionate in feminism issues, they lack political skills,” she added.

Click here to read the full article published by Reuters on 24 April 2020.