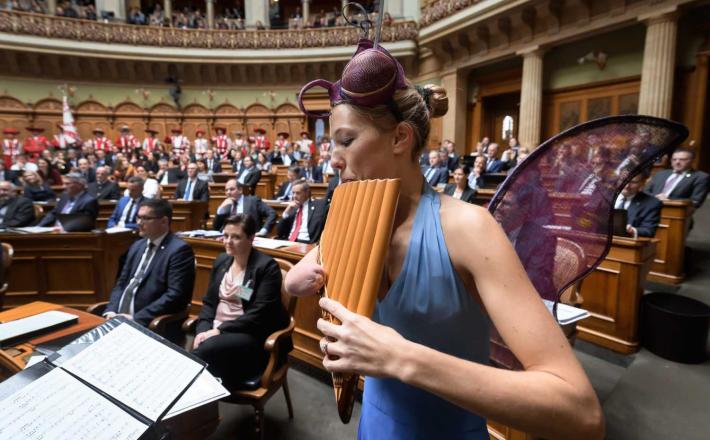 Women in Swiss parliament are now allowed to show their shoulders and arms after the Council of States relaxed its clothing regulations for women.

Hans Stöckli, current president of the house, announced at 3:15pm on Tuesday “shoulder-free is now possible”. Stöckli said he considered the ban to be “antiquated”.

Previously, women in the chamber were required to be covered up to at least their elbows. The dress code applies not only to members of parliament but also to anyone else in the chamber, including journalists.

Under the current dress code, “women must wear clothing which is appropriate to their official status”. What is appropriate is the decision of “the responsible person concerned”.

Click here to read the full article published on 9 Setember by The Local CH.