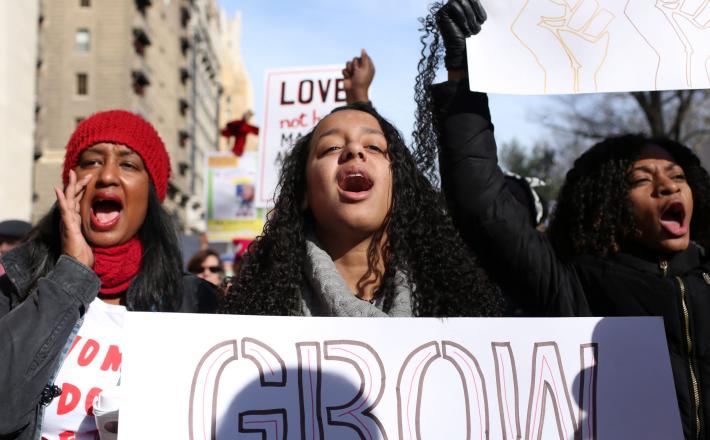 Hundreds of thousands of women marched on the streets in response to Donald Trump’s election in 2017. A year after his inauguration, women marched again. This time though, they’re also taking their fight to the ballot box.

A record number of women are running for office in the US (a phenomenon that Time Magazine has dubbed “a pink wave”). Writer Luvvie Ajayi spearheaded a volunteer-run effort to prominently feature the black women putting their names forward.

In her blog, Ajayi notes that the goal of the database is to “make it easier to find the information we need to support those we have got to support.” The site’s homepage prominently features Shirley Chisholm, the first black woman to be elected to the US in 1968 and first African-American to seek the nomination for presidency. She once said: “If they don’t give you a seat at the table, bring a folding chair.” The famous quote remains a powerful rallying cry for women activists across the country.