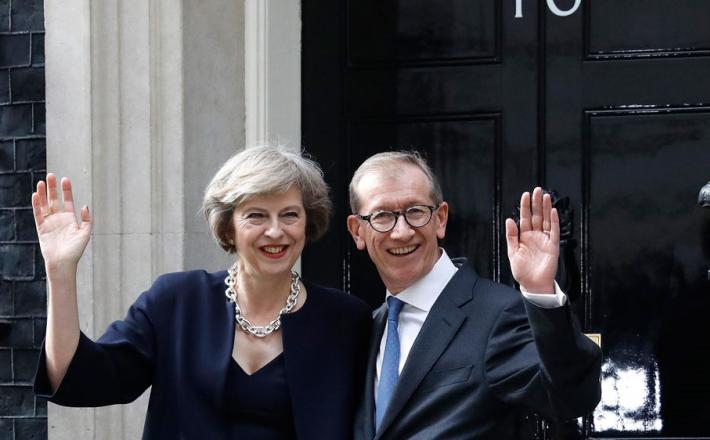 After weeks of uncertainty in British politics following the EU referendum, Theresa May, 59, a Conservative politician, has become Britain's second female prime minister. "The government I'll lead will be driven not by the interests of the privileged few, but by yours," said May, as she arrived at 10 Downing Street from Buckingham Palace yesterday.

May is the second woman in the job, following in the steps of fellow Conservative Margaret Thatcher — who was nicknamed the "Iron Lady" and whose decade-long political partnership with President Ronald Reagan helped reshape the global order in the 1980s. Until Wednesday, May was Britain's home secretary, in charge of counter-terrorism, immigration and border controls. Despite the political perils of the job — she was the sixth person to hold the post in as many years — she recently became the longest-serving individual in the role since 1892.

A male Conservative party politician who served under Thatcher and supports May was last week caught in a "hot mic" moment describing her as a "bloody difficult woman." The unguarded comment likely endeared May to grassroots party members who fondly recall Thatcher's headstrong and stubborn approach to leadership. The backhanded compliment has since been reclaimed by many women on social media and May also later embraced it, telling The Telegraph that "politics could do with some bloody difficult women actually."

She added: "I think that if you believe in something strongly you should go for it and if that makes me difficult....” May has done little to discourage her reputation as a ruthless politician, saying that the next person to find her "bloody difficult" would be President of the European Commission, Jean-Claude Juncker.