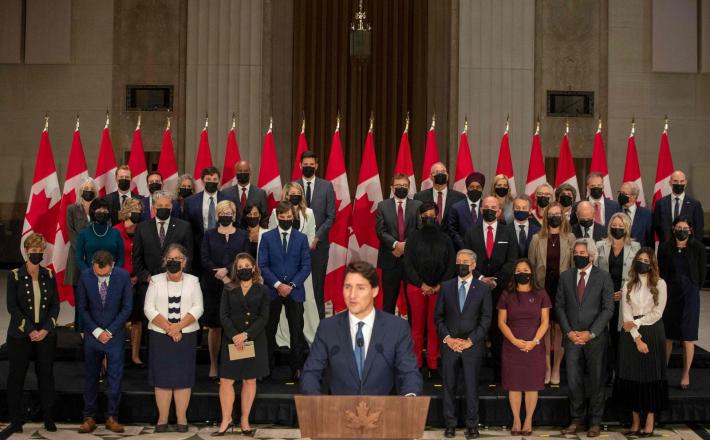 Maintaining that he intends to lead his party into the next election, Canadian Prime Minister Justin Trudeau Tuesday overhauled his gender balanced cabinet, naming women to the foreign affairs and defense posts.

Women make up half of the Cabinet, as they have done since Trudeau’s Liberal government was first elected in 2015.

Click here to read the full article published by Daily Sabah on 26 October 2021.