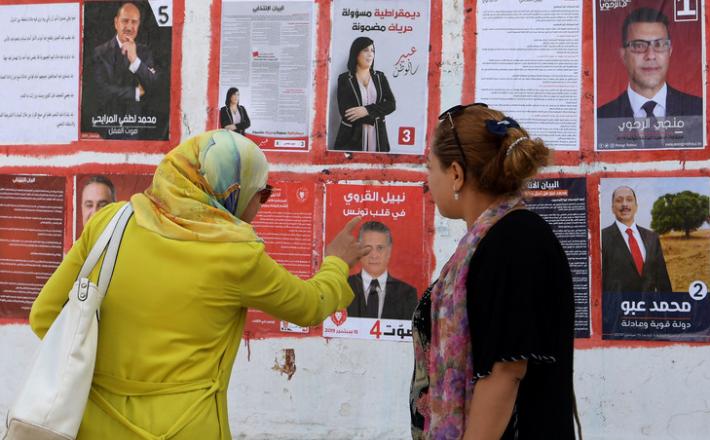 Tunisia has long been seen as a pioneer for women's rights in the Arab world, but on the eve of presidential elections, women are calling this reputation into question.

"Men promise a lot to women. But when Mr Moustache arrives in power, nothing happens," said Feryel Charfeddine, head of Calam, an association fighting violence against women.

Whether they be passionate activists, laywomen or former elected officials, many women say they do not expect "much" from the polls that start with the first voting round on Sept 15.

"I'm not a pessimist, I'm a realist", said Ms Charfeddine, who is alarmed by what she sees every day on the ground: increased violence, diminished rights and social conservatism.

"Women aren't interested in politics anymore. Unconsciously, they know that it's the same patriarchal system that endures," she said.

Women played a prominent role in the protests that toppled longstanding dictator Zine El Abidine Ben Ali in 2011 and they were a courted group in previous post-revolution elections.

But they have been largely absent from the 2019 presidential campaign, which has focused heavily on security and economic issues.

Nor are they well represented in the large pool of presidential hopefuls, with just two women standing out of 26 candidates.

Click here to read the full article published by Straits Times on 9 September 2019.