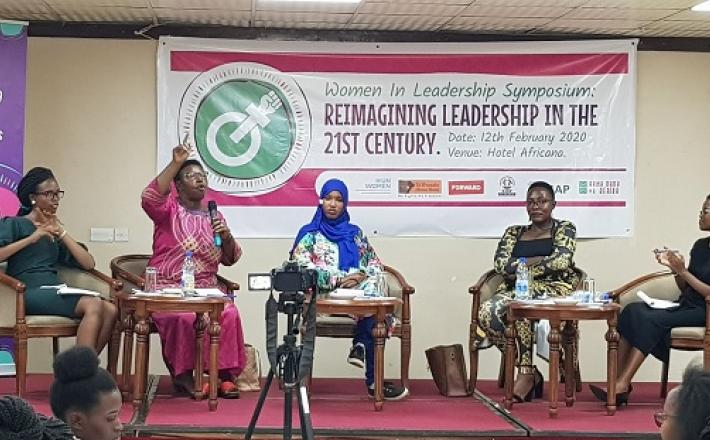 Matembe also former Mbarara district woman Member of Parliament expressed concern that women are leaving their male counterparts to occupy most of the elective positions yet the decisions taken by leaders affect mainly women and children.

The path to a socially just world and achieving gender equality begins with increased access to and participation of women in decision making spaces to highlight the plight of women and girls and develop strategies for the betterment of our standards of living," she said.

Matembe was speaking at Hotel Africana during a symposium organized by Akina Mama wa Afrika, a feminist-Pan-African leadership development organization that empowers women in leadership by equipping them with skills and knowledge.

The symposium was under the theme: Reimaging Leadership in the 21st Century.

She also lashed out at a section of women in leadership whom she said are advancing personal interests instead of pushing for the greater well being of all women and the nation at large.

Matembe who is currently serving as the board chairperson of the Citizens' Coalition for Electoral Democracy in Uganda (CCEDU) cited the affirmative action policy which she said has been abused by many women politicians.

Click here to read the full article published by All Africa on 26 February 2020.