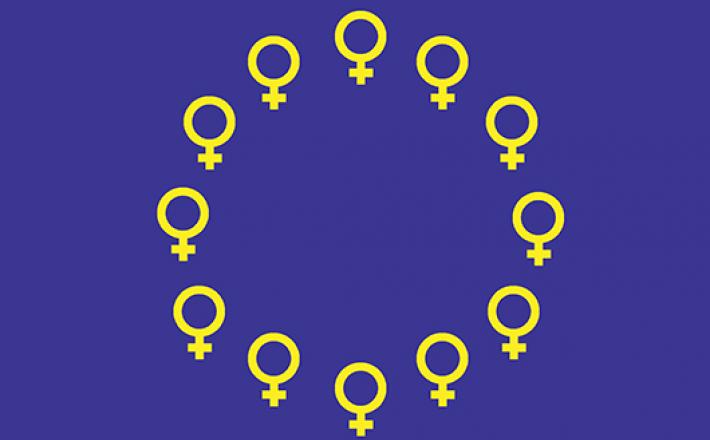 Womankind Worldwide is a women’s rights and international development organization making an impact through the power of partnership. Since it was founded just over 25 years ago Womankind has helped 18 million women and their families. Their vision is a fair world where being a woman does not limit choices, opportunities or rights. They work to end violence against women and girls and make sure that women have an equal say in the decisions which affect their lives. With a small team based in the UK they work in partnership with women’s rights organizations in Africa, Asia, and Latin America. Currently they work with 28 partners in 13 countries.

After the outcome of the Referendum of the United Kingdom’s membership of the European Union, held on 23 June 2016, when a majority of votes for leaving the EU, Womankind Worldwide published a statement on the implications of Brexit for women’s rights. We transcribe it below:

“As the fallout from the EU Referendum intensifies, and with every passing day come resignations, declarations of so-called “independence”, and political meltdown on a scale not seen in a generation, Womankind is sure of one thing: we will stand in solidarity with women’s movements in the UK, in Europe and across the world to ensure that the rights of all women are protected in the UK’s exit of the European Union.

We are grateful for the solidarity shown to us by our partners at this time. Helen Kezie-Nwoha, the Director of Isis-Wicce in Uganda, wrote to us on Friday with the following message:

“We have watched curiously and received the news of Britain’s exit from the EU, we don’t know what impact it will have as for now, but […] we are in solidarity with you at this time and we hope for the best.”

We extend this same solidarity to all our partners. As Womankind, we are concerned about Brexit. The EU has important frameworks and legislation that protect women living in the UK – from violence in the home, laws to protect parental leave (for mothers and for fathers), and laws that protect part-time workers from exploitation, the majority of whom are women. We also know that any financial insecurity, recession or increase in austerity, affects women first and most viciously – as the Women's Budget Group says, “women again stand to gain the least, and lose the most” from austerity budgets.

Beyond the borders of Europe, European development assistance has provided millions of pounds of investment to women’s rights organisations and movements in the Global South. Womankind secured EU funding in 2012 to work with two partner organisations -Afghan Women’s Network and Humanitarian Assistance for Women and Children in Afghanistan (HAWCA). Together, our partners provided crucial support to women survivors of violence in local communities, raised awareness of Afghanistan’s new legislation on domestic violence, and campaigned to the government for its full implementation.

It remains to be seen how the UK’s exit from Europe will impact on development assistance, or indeed how the results of the referendum will shape future public policy on international development and women’s rights. For now, we are just at the beginning of understanding the implications of “Brexit” and what it means for women.

We are worried about reports of increased racism in the UK during and since the referendum campaign. We want to be clear – racism, sexism and all other forms of discrimination have absolutely no place in our society, and we condemn all such discrimination in the strongest possible terms.

We stand with women's movements

At this turning point in history, there is of course cause for concern. Yet we must strengthen our resolve.  We want to assure our partners, our supporters and the women we work with and for, that we will strongly stand with women’s movements in the UK, across Europe and the world, to call for a strong, clear commitment to women’s rights in all future Brexit negotiations. Now more than ever, there must be no rollback on women’s rights.”