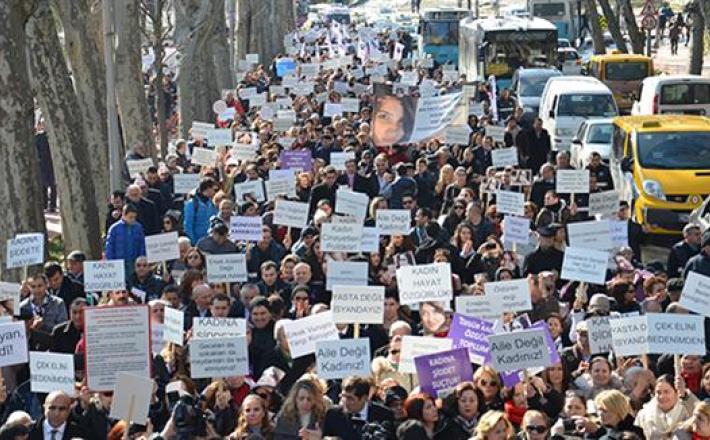 Turkey’s performance in implementing the Convention on the Elimination of all Forms of Discrimination Against Women (CEDAW) was reviewed by a United Nations committee on July 13, as a Turkish delegation provided official figures and answered the committee’s questions on a wide range of women’s issues in the country.

In an opening address at the committee meeting, the Turkish delegation, which was comprised of representatives from Turkey’s permanent representation in addition to the family, foreign affairs, interior, justice, labor, education, health and agriculture ministries, provided a brief account on recent developments on the status of women in Turkey.

Women are now able to solely use their maiden name after they get married, said delegation head Gülser Ustaoğlu, who is also the general manager of the Family and Social Planning Ministry’s status of women program, adding changes were being made to the Turkish Criminal Code to introduce penalties against discrimination and hate crimes.

“Turkey has been one of the countries that supported ‘gender equality’ as a stand-alone goal,” she stressed, although the term “gender justice” was being employed increasingly more commonly in the country.

She added that the budget of the Family and Social Planning Ministry had increased 15-fold and now included social services for women as part of its work.

Reports suggested, however, that the CEDAW committee criticized changing the name of the Women and Family Affairs Ministry into its current title following the 2011 general elections and questioned the delegation on a number of thorny issues including child brides, femicides, girls’ education, equal pay and abortions.

Members of the committee also questioned women’s representation in politics, according to reports, to which Ustaoğlu responded by saying that some 15 percent of the Turkish parliament were women – corresponding to a total of 81 lawmakers.

“A 10 percent increase in these numbers since the year 2002 is a significant development,” the delegation said in a written response.

The CEDAW committee also listed a number of issues related to the seventh periodic report of Turkey to be answered by the Turkish delegation, including matters related to the legislative framework, violence against women and women’s participation in education, the job market and political affairs.

“As of February 2016, 101 shelters with a capacity of 2,656 in 79 provinces serve under the coordination of the ministry,” the delegation said in response to a question on violence against women, saying that an amendment to the municipalities law now rendered it mandatory for all municipalities with a population of over 100,000 citizens to open shelters for women and children.

The delegation’s answers also provided striking figures on the extent of violence, as they said 36 percent of women were reportedly subject to violence from their partners or spouses at some point in their lives while 44 percent of women were victims of psychological or emotional violence.

Turkey also defended the increase in the number of religious vocational schools for contributing to girls’ schooling.

“The establishment of girls’ imam hatip [religious vocational] high schools and dormitories in some areas in order to prevent prejudices from keeping girls away from enrolment are contributing towards the enrolment rates of girls in these areas,” it said.

The committee was set to announce its officially-termed concluding observations on July 25, which will be an important indicator of the status of women’s rights in Turkey, Prof. Feride Acar, former chairperson and current member of CEDAW, told Turkey’s state-run Anadolu Agency.

“The evaluation by the CEDAW committee will provide hints regarding how well our state complies with our international undertakings on women’s rights policies,” Acar said. Click here to access the full article.