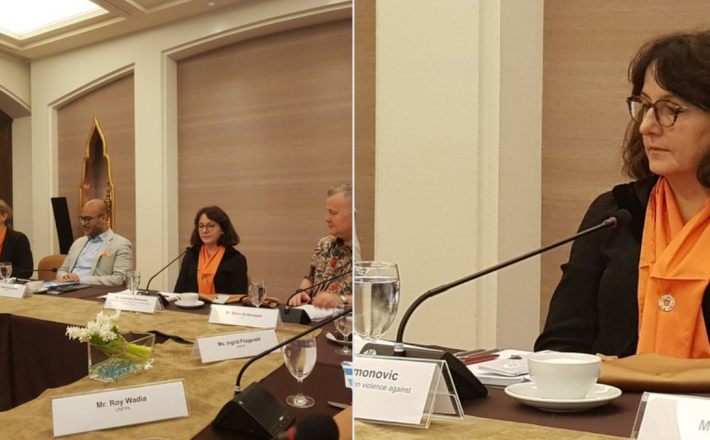 The United Nations special rapporteur on ending violence against women is calling on the Philippine government to protect Filipino women in politics against verbal attacks coming from high-level politicians.

Dubravka Šimonović, in a press conference here Tuesday morning, invoked the country’s obligations under international law, when asked about the plight of several Filipinas in politics who have been receiving degrading statements from no less than President Rodrigo Duterte and other officials.

“Under international obligations, all persons in their respective roles should be protected against such types of verbal abuse and attacks that are coming with respect to their specific role,” she said.

Click here to read the full article published by ABS CBN on 26 November 2019.