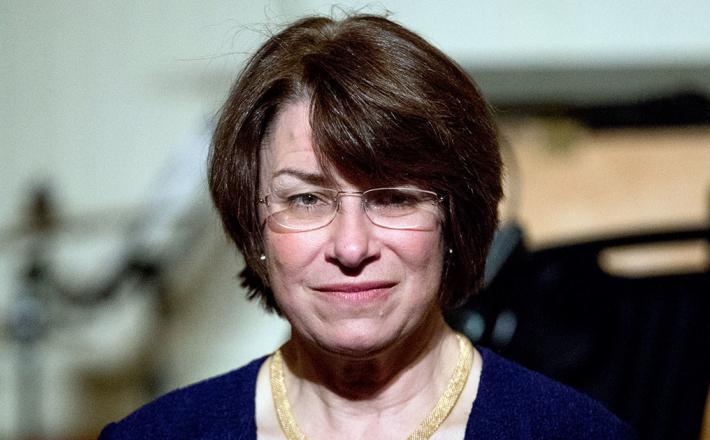 The Senate's 22 female members joined together Wednesday in a bipartisan push for their leaders to overhaul its workplace misconduct rules, airing "deep disappointment" that the chamber hasn't already moved.

The House approved its own revamp of Congress' system for handling harassment and discrimination on the job last month, and negotiators in both parties had come close to attaching a bipartisan, bicameral deal to the government spending package that President Donald Trump signed last week. But that momentum fizzled last week amid a dispute over whether to keep House-passed language holding lawmakers personally liable for discrimination settlements tied to their behavior, as well as harassment claims.

As a result of the impasse, House-passed changes to Capitol Hill's office misconduct rules remain in limbo, awaiting Senate action. And all 22 women senators, Republicans and Democrats alike, warned on Wednesday that the upper chamber's "inaction stands in stark contrast to the bipartisan effort in the House of Representatives."

Click here to read the full article published by Politico on 28 March 2018.