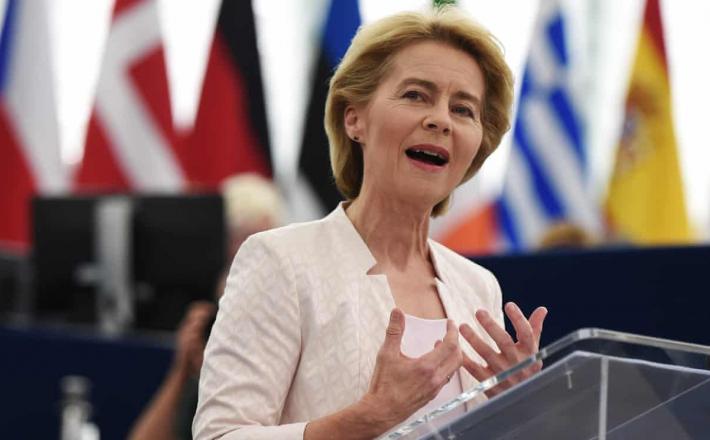 Ursula von der Leyen has been confirmed as the European commission’s first female president and the first German in the job for more than 50 years.

In a secret ballot, MEPs voted narrowly to support the German defence minister as a replacement for Jean-Claude Juncker when he steps down on 31 October.

She won the support of 383 MEPs, nine votes more than required to secure an absolute majority but below the 400 threshold that would have given her a stable majority to get her policies through parliament over the next five years.

She will take over from Juncker on the day that Boris Johnson, who is likely to be the next British prime minister, has said he will take the UK out of the EU with or without a deal.

Von der Leyen said she would be open to Brexit being delayed further “for a good reason” although she insisted the withdrawal agreement would not be renegotiated.

Click here to read the full article published by The Guardian on 16 Juliol 2019.