US: Meet the women candidates taking #MeToo to the ballot box

US: Meet the women candidates taking #MeToo to the ballot box 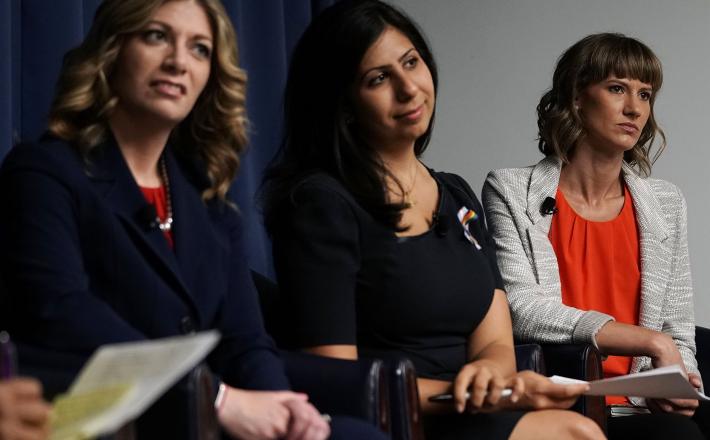 First Donald Trump inspired Katie Muth to tell her husband about her rape, then he galvanized her into running for office.

Muth had been married for about five years, but never told her husband about the man she says raped her after the rehearsal dinner of a wedding years before they met.

But in the fall of 2016, as she watched Trump stalk Democratic candidate Hillary Clinton on a presidential debate stage days after the release of the "Access Hollywood" tape, Muth felt compelled to start talking about the one thing she hadn't told anyone. So she did, starting with her husband.

Click here to read the full article published by NBC on 24July 2018.