USA: A historic number of women were elected in 2018—these four are expected to run for president in 2020

USA: A historic number of women were elected in 2018—these four are expected to run for president in 2020 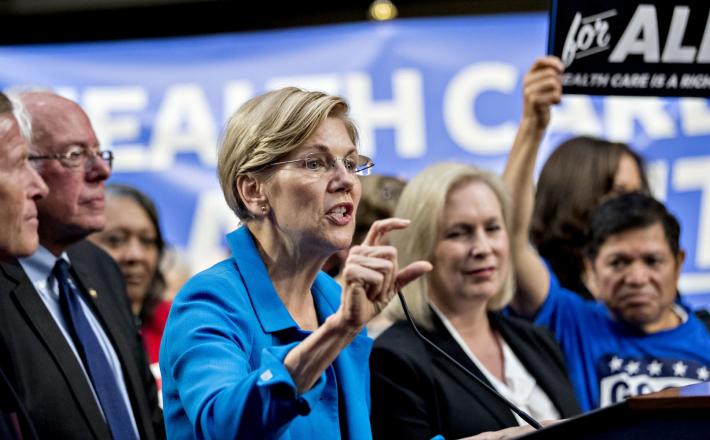 The 2018 midterm election included a wave of victories for female candidates and major upsets across the country.

Now, four prominent female Democrats are all but openly running for president. Sen. Kamala Harris of California, considered a top contender for 2020, confirmed that she will "take a serious look at" an election bid. Sen. Kirsten Gillibrand of New York called the midterm election a pivotal moment for women, and told late-night show host Stephen Colbert in November that she would give a presidential bid a "long, hard thought of consideration."

Sen. Elizabeth Warren of Massachusetts said in September that she would take a "hard look" at running, and called for Americans to elect a female president. There is also growing buzz that Minnesota Senator Amy Klobuchar is considering a bid.

It would be unprecedented for a group of high-profile women to spar in a party presidential primary in the same year.

Click here to read the full article published by CNBC on 21 November 2018.