USA: Women predominate among the most disengaged nonvoters

USA: Women predominate among the most disengaged nonvoters 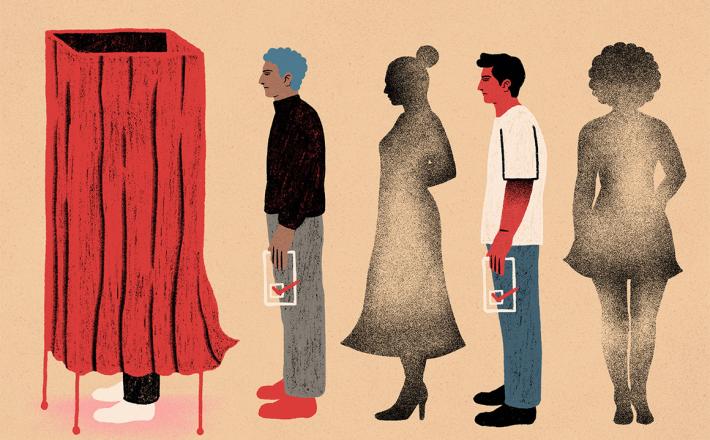 Despite the fact that women are more politically active than men and have comprised a majority of voters in recent elections, a comprehensive new survey finds that women also dominate at the other end of the spectrum: They’re disproportionately among the most disengaged and least-likely to vote.

The Knight Foundation survey of 14,000 people released on Wednesday, considered by the foundation to be the most comprehensive study ever attempted to explore why people don’t vote, found that chronic nonvoters skew 53 percent female. Sixty-five percent of “unaware” nonvoters were women. This is a subgroup of nonvoters least likely to mobilize and unable to answer questions about the government or hot-button issues.

Moreover, there is a class component to the question of whether women vote: Chronic nonvoters are more likely to be lower income, less likely to be married, less educated, and more likely to be a member of a racial minority group — though they were still predominantly white — according to the Knight study.

The results suggest that the large numbers of women who are engaged in politics — planning massive events like the Women’s March on Washington and leading activist groups — are nonetheless struggling to connect to women with significant financial needs and family responsibilities, or who aren’t inclined to believe that politics can change their lives.

Click here to read the full article published by Politico on 19 of February 2020.