Vanuatu to welcome first female MP since 2008 after snap election

Vanuatu to welcome first female MP since 2008 after snap election 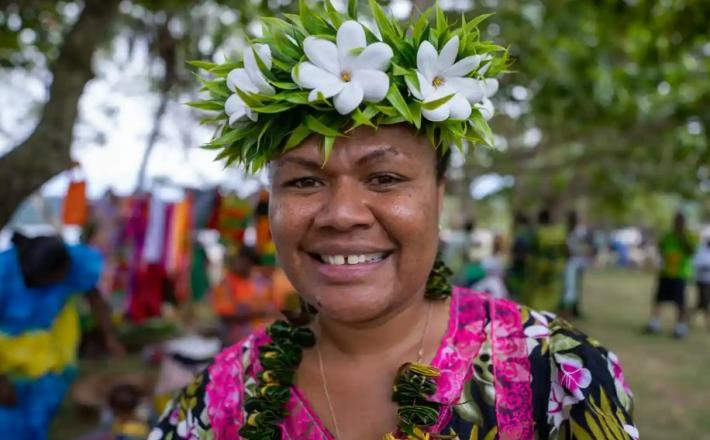 Vanuatu Election Commission yet to declare official results but Julia King likely to be lone female voice in 52-member parliament.

Votes are still being counted in Vanuatu’s snap election, but with the preliminary votes tallied, one change seems certain: Vanuatu’s all-male parliament is no more, with the first woman elected to office since 2008 likely to be announced within days.

“I’m excited for Vanuatu women of course,” Julia King said. King looks set to be returned as the MP for Mele on the outskirts of the capital of Port Vila. “I’m happy for women in general to know they have a voice that can be represented up there. That’s the part I can be excited about.”

The Vanuatu Election Commission is yet to declare the official results, but there is widespread recognition of King’s success.

Click here to read the full article published by The Guardian on 20 October 2022.