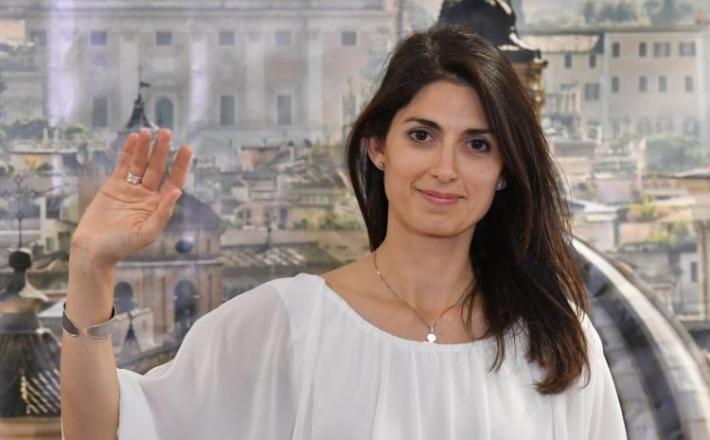 In Rome, 37-year-old lawyer Virginia Raggia promised a new era for the city as she celebrated her victory over centre-left Democratic Party candidate Roberto Giachetti with 67% of the votes. Virginia Raggi has been elected as Rome's first female mayor as well as the youngest in the city's history in a triumph for the populist Five Star Movement (M5S), representing a blow to Matteo Renzi, Italy's prime minister.

"I will be a mayor for all Romans. I will restore legality and transparency to the city's institutions after 20 years of poor governance," she said.

Another female Five Star candidate, Chiara Appendino, won the race for mayor in Turin, defeating a Democratic Party candidate who had come out on top in the first round of voting two weeks ago.

"It was not a vote of protest, but of pride and change" she told supporters, promising to rebuilt trust between the people of Turin and its elected representatives.

Ms Appendino's win, although more narrow than in Rome, was a significant step for Five Star because Turin is a big power base for the Democratic Party as well as the headquarters of car-maker Fiat. She defeated Piero Fassino, who had been well ahead after the first round of voting.