'We still have a problem with female authority': how politics sets a trap for American women

'We still have a problem with female authority': how politics sets a trap for American women 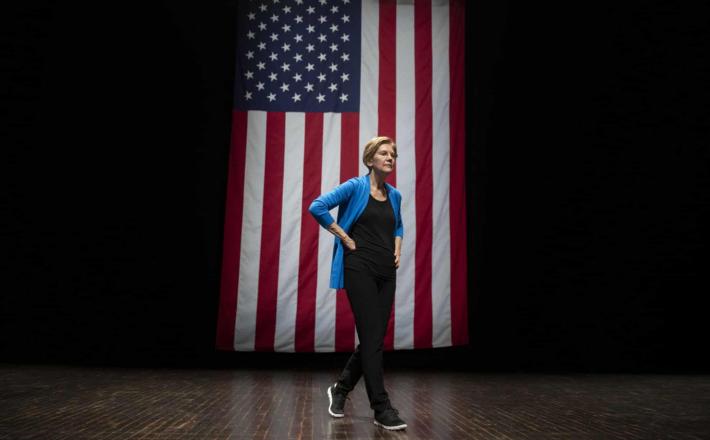 “Gender in this race?” Senator Elizabeth Warren said outside her home on Thursday. “You know that is the trap question for every woman. If you say, ‘Yeah! There was sexism in this race,’ everyone says, ‘Whiner!’ And if you say, ‘No, there was no sexism, about a bazillion women think, ‘What planet do you live on?’”

She added: “I promise you this. I will have a lot more to say on that subject later on.”

Warren had just exited the race for US president, leaving the Democratic field with only one female candidate: Tulsi Gabbard, the congresswoman from Hawaii who, with only one delegate toward the nomination, is in effect out of contention.

There have been female leaders all over the world, including two British prime ministers, the current German chancellor and the current prime minister of New Zealand. But America’s glass ceiling, far from being cracked or smashed, appears to have been reinforced with double glazing.

It is a distressing turn for the Democratic party, which nominated Hillary Clinton for president in 2016, harnessed women’s political energy to regain the House of Representatives in the 2018 midterm elections, and began the 2020 election with the most diverse field of presidential candidates in history.

Click here to read the full article published by The Guardian on 6 March 2020.