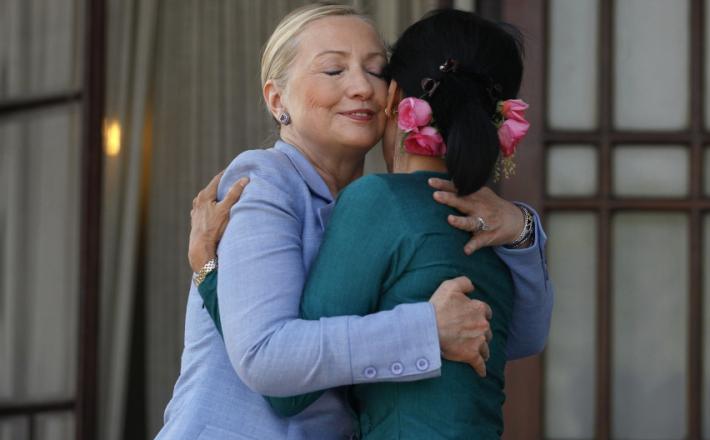 But as she is lauded at home with a historic presidential nomination, Hillary Clinton is being praised abroad for decades of quiet work that put the rights of women around the world at the top of the agenda.

“She’s a strong voice for women since Beijing and that strong advocacy has not gone unnoticed by women around the world,” says Martha Karua, Kenya’s former justice minister, referring to a pioneering UN conference in 1995 on women.

Although the US press corps rarely asks her about it, Clinton is considered a champion of gender equality globally. Many know of her speech at that 1995 conference in Beijing in which she declared “women’s rights are human rights.” Fewer understand the ins and outs of the feminist foreign policy she unrolled as America's top diplomat. Gender equality, she said, is critical both in itself and to achieve economic growth, security, health improvements and reduction of terrorism.

A so-called feminist foreign policy? It’s an approach to foreign policy that many women hope she will bring into the Oval Office. Already, she’s promised that half her Cabinet will be women, as Canada's prime minister, Justin Trudeau, did to great acclaim last year when taking office.

“If Hillary were elected, all the groundwork she laid for women would still be there. She could just turn the light switch back on,” Dr. Valerie Hudson, co-author of "Hillary Clinton, Sex and American Foreign Policy," told me. “No one in her inner circle would dare suggest gender be subordinated to more pressing issues — you’d see real commitment.”